From the Wild to Your Backyard

More than a century ago, when ecology was a new word, our founders organized what is now called Native Plant Trust to stop the destruction of native plants. Today, as native plants face the greatest wave of threats since the last mass extinction, we are still a national leader in native plant conservation, horticulture, and education. We save native plants in the wild, grow them for gardens and restorations, and educate others on their value and use.

We develop new insights, create cutting-edge tools, and foster collaborations that advance our own work and that of our peers. Our leadership and staff are internationally recognized as experts in their respective fields. We offer a wide range of resources and programs for all levels of interest and experience.

History teaches us that one way to halt the destruction of plants in the wild is to cultivate the hard-to-find plants people covet for their gardens. Our horticulture staff propagates and sells native plants suitable for home gardens and offers related public programs. In these ways, we reach a wide audience with our message that native plants are not only beautiful, but ecologically important to the wider landscape.

We are based in Framingham, Massachusetts, at Garden in the Woods, a renowned native plant botanic garden that attracts visitors from all over the world. Each year, our 25 staff members and many of our 1,500 trained volunteers work throughout New England to:

We operate a native plant nursery at Nasami Farm in western Massachusetts and own six rare plant sanctuaries in Maine, New Hampshire, and Vermont that are open to the public year-round. Download our strategic plan here.

Through our leadership, New England’s native plants will exist in vigorous populations within healthy, evolving ecosystems, and people across the region will actively protect them in the wild and use them in their gardens for their beauty and ecological value. Download our 15-year vision statement here.

Preserving the integrity, resiliency, diversity, and beauty of the natural world

Cultivating diversity, inclusion, and a sense of shared purpose and place

Acting ethically, equitably, and with transparency

Aiming for the highest standards of sustainability in our operations

Native Plant Trust is committed to a culture of inclusion, diversity, equity, and access (IDEA) and to being a welcoming and safe place for all who engage with us.

We believe that success in our mission relies on inspiring, engaging, and collaborating with a wide range of people, who take actions both large and small to save plants and improve the landscape.

Our IDEA Working Group is leading an organization-wide initiative that acknowledges the need for respectfully incorporating into our work culturally diverse perspectives on plant life, scientific methods, and ways of interacting with plants. We are also committed to including people who may be disproportionately affected by a deteriorating environment but who have not had a voice within the conservation and horticulture organizations focused on solutions.

We are proud that Native Plant Trust is among the first 21 organizations nationwide selected for a year-long pilot project with the new IDEA Center for Public Gardens. The pilot project  offers trainings, resources, and opportunities to collaborate with colleagues who are members of the American Public Gardens Association. Each participating organization is also developing and implementing a project central to its efforts to expand IDEA. For us, that project is developing a two-year plan to embed IDEA principles and actions into the organization’s culture and work, with defined milestones throughout.

We're proud to share some recent milestone accomplishments in native plant conservation, horticulture, and education, achieved with the help of our generous supporters.

We developed the Seed Ark campaign to fund the collection and banking of seeds from at least two-thirds of the populations of all the region’s rare and endangered plants by 2020, targets established in the United Nations’ Global Strategy for Plant Conservation. Meeting this ambitious goal entails collecting from more than 2,000 populations of the 300 of our 388 globally and regionally rare species that can be banked using current techniques.

When Hurricane Sandy ripped through the Eastern Seaboard in 2012, it took out thousands of miles of coastline. To help restore sensitive coastal habitats, Native Plant Trust and our partners convinced the US Department of the Interior to fund a three-year initiative to collect and bank local seeds—the first such large-scale effort in the eastern half of the country. Coastal public lands, including national wildlife refuges and national parks, are already using the seed to restore storm-damaged habitats.

Our botanists engaged in experimental projects to restore, augment, or reintroduce rare plant populations, including a globally rare species known to exist in only three sites in the world, all of which lie along the Connecticut River.

We are proud of our scholarly contributions, as well as our publications that raise awareness of native plants among the general public:

“State of New England’s Native Plants,” a technical paper and outreach document that offers a comprehensive assessment of and actions to preserve the region's plants and habitats

Go Botany, a ground-breaking online tool for learning about New England plants that has attracted millions of visitors

Flora Conservanda, the first update in 16 years on the status of the region’s rare plants, used to set conservation priorities and actions

Native Plant Trust proudly bestows three awards for outstanding achievement. We welcome your nominations for all awards. Please submit them by March 1 using the embedded forms.

Founders’ Medal: For exceptional leadership and achievement in the conservation and promotion of healthy, biologically diverse landscapes

The Founders’ Medal honors achievement in conservation, horticulture, or education whose impact rises to national or international importance. The recipient may be based anywhere in the world.

The Regional Impact Award recognizes one or more individuals or organizations for exceptional leadership and achievement in native plant conservation, horticulture, or education with regional significance. Although the individual or organization could be based elsewhere, the work must be executed in New England or have its primary focus on the native plants of New England.

The Volunteer Service Award recognizes leadership, consistent dedication, and effectiveness in furthering the mission and activities of Native Plant Trust. The ideal candidate will have brought tangible value to the organization over many years and served as a model and inspiration for others. 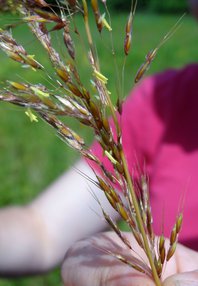 We hear this a lot when people discover the wonders of plants. 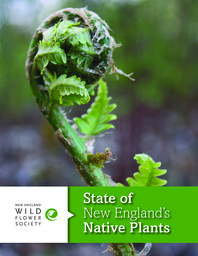 Learn what threats New England’s native plants are facing, what needs to be done, and how you can help!

Please support our work to conserve, grow, and teach about our region’s native plants.